Podiatric screening could save millions of dollars and soles

A pedicure cost a man his big toe 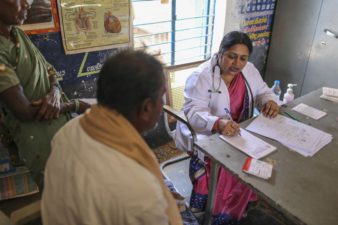 Vinaya A.S. with patients at a mobile clinic on the outskirts of Bengaluru Photographer: Dhiraj Singh/Bloomberg 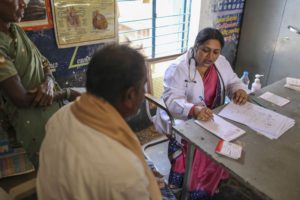 Vinaya A.S. with patients at a mobile clinic on the outskirts of Bengaluru
Photographer: Dhiraj Singh/Bloomberg

From the bloomberg news article:

Podiatrist Vinaya A.S. has bumped across southern India in a bus-turned mobile clinic for 17 years, going village to village checking feet for the ulcer-causing effects of diabetes. These days, her key to staving off limb amputations comes down to one thing: food.

Millets, to be precise. The ancient grains were a staple in India for thousands of years, but largely spurned since a so-called Green Revolution last century led to cheaper, more abundant supplies of refined rice and wheat flour that can bolster blood-sugar. Now a surge in type-2 diabetes is pushing doctors and government officials to recommend a return to wholegrains, like “ragi” or finger millet, that healthfully sustained previous generations.

“Food is your medicine — you need to eat right,” Vinaya, 48, told a group of villagers in Doddaballapur, on the outskirts of Bangalore, last month. “Bring the fiber-rich ragi back to your plates, along with fruits and vegetables.” 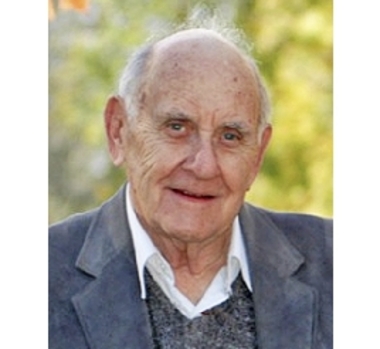